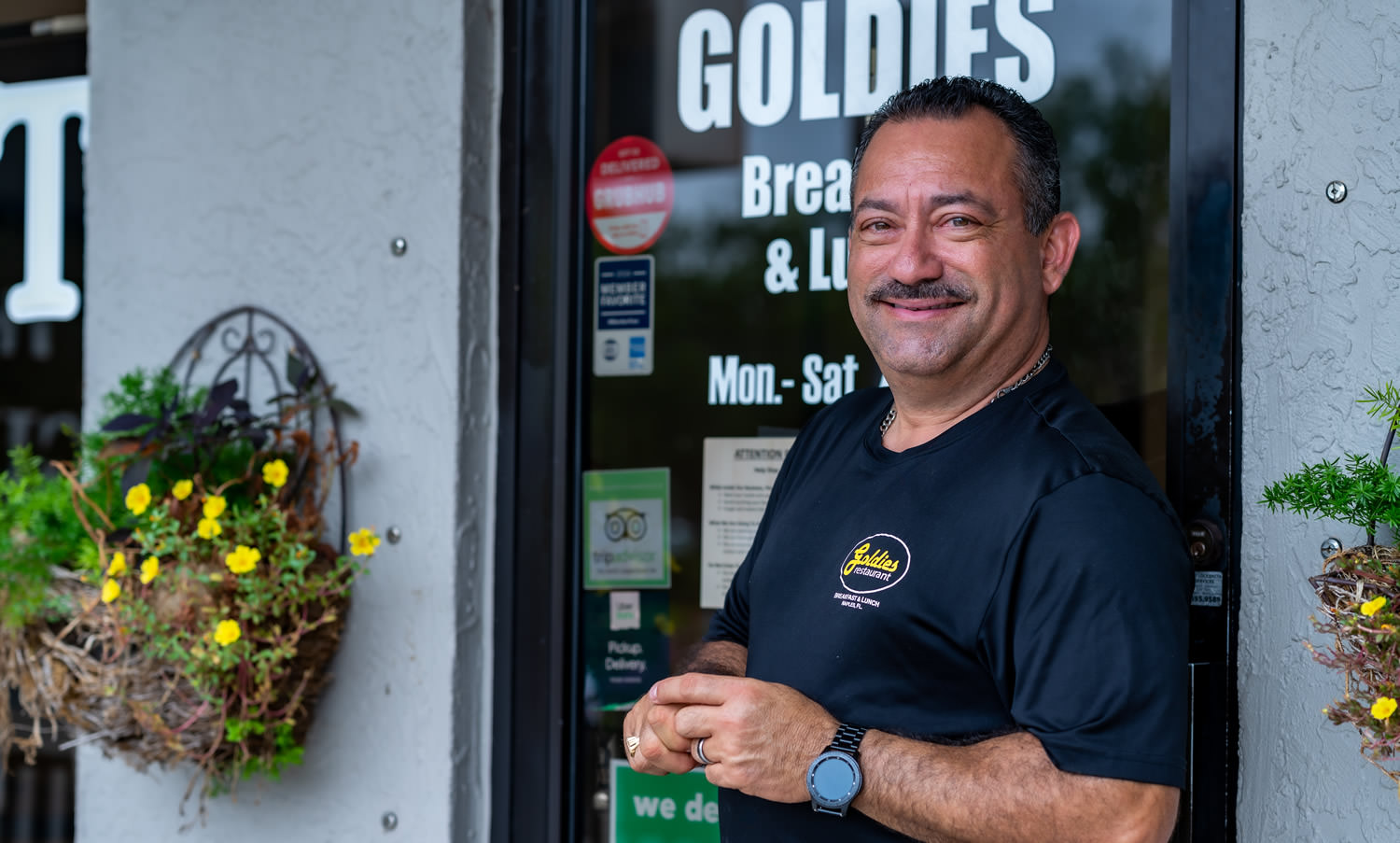 A distinct family background and diverse experience in a career of cooking have launched Ciro Amato’s superior cooking skills.

In 1980, the Amato family moved to Delray Beach , FL. Young Ciro’s father opened an Italian restaurant, Little Italy, where Ciro learned the art of cooking. Having the opportunity to work under various chefs on Florida’s East Coast introduced him to many different styles of cooking.

In 1985, the family relocated to Cape Coral, FL, and setup La Rezza Italian Restaurant where Ciro made his debut as Head Chef. He progressed his thriving cooking skills by participating in cooking contests, cooking shows, and making TV appearances.

In August 1992, Ciro and his father opened the very successful Nonna Maria Italian Restaurant in Naples, FL. The restaurant’s success came with a price–long hours and no personal life. Ciro ventured to find a restaurant that wouldn’t force him to sacrifice family time. It was here where Ciro found Goldies Restaurant in August 1999, a perfect fit for him and his family and yet another opportunity to expand and challenge his Italian-focused cooking career.

Please complete and submit the below form to receive email notifications of Weekly Specials.